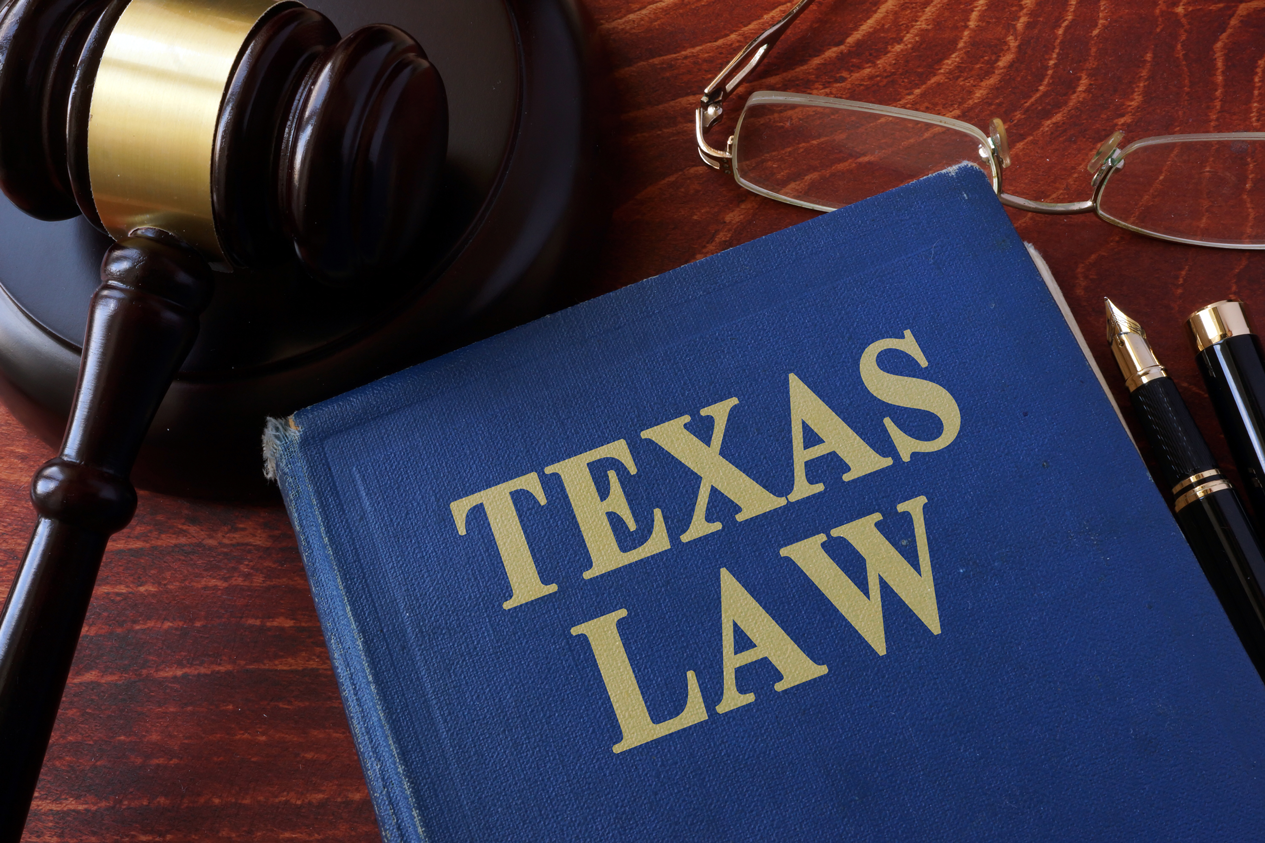 WE ARE PROUD OF OUR LEGISLATIVE SUCCESSES!

Reverses the 1907 Texas Supreme Court holding in Lonergan v. San Antonio Loan & Trust Co. by clarifying in statute that contractors are not liable for damages due to defective design documents provided to them by someone other than their subcontractors. Exceptions provided for critical infrastructure projects, design-build contracts, and other contracts wherein the contractor provides design input that is incorporated into the project plans.

Amends Chapter 53, Property Code, to make changes to Texas’ lien laws. Changes include aligning statutory deadlines with those applicable to other civil proceedings; eliminating the “second-month notice”; adopting statutory forms for Notice of Unpaid Balance and Notice of Unpaid Retainage; and reducing the limitations period on a suit to foreclose a lien to 1 year with an optional 2nd year upon agreement of the parties.

Requires a governmental entity to notify the vendor of a disputed amount and include a detailed statement of the amount in dispute. Limits withholding to no more than 110% of the disputed amount.

TCA was a member of the Keep Texas Trucking coalition that pushed for H.B. 19 which amends the Civil Practices & Remedies Code to add a chapter specifically for civil actions involving a commercial vehicle. Key reform is the bifurcation of the trial and the separation of driver liability and compensatory damages from employer liability and exemplary damages.

TCA worked closely with the Texas Water Infrastructure Network to amend the Government Code to reform the retainage provisions in contracts for the construction or repair of public buildings or public works.

2019 - Right to Repair on Public Projects

This legislation requires that prior to litigation, a public entity must obtain a report detailing alleged construction defects and share the report with the contractors. Not later than the fifth day after the date a contractor receives the report, the contractor must provide a copy of the report to each specialty contractor whose work is subject to the defect claim. All contractors will then have 30 days to inspect and 120 days to repair damages if they so choose.

This new law places restrictions on local governments and school districts wishing to enter into contingency fee contracts for legal services. The new restrictions are similar to those currently in effect for state agencies and include requirements such as a requirement that the entity make a public statement setting forth the reason for hiring, the qualifications or the attorney and a reason why the matter cannot be pursued with in-house attorneys.

This legislation amends existing statutes governing immunity from lawsuit by governmental entities and allows the recovery of attorney fees in lawsuits for breach of contract claims under $250,000.

2017 - Choice of Law and Venue for Certain Construction Contracts

Prior to the passage of this of this legislation, Texas gave a general contractor and specialty contractor the ability to void a clause in a construction contract that required disputes to be decided under the law of another state, or for the dispute to be heard in another state, if the project is located in Texas. The law didn’t apply to all project participants. This bill broadens the coverage of the law to include all project participants, including architects, engineers, suppliers and equipment rental companies.

A recent evaluation of the effectiveness of the state’s current tech-prep education program determined that while student performance in certain areas had improved, more needed to be done to improve student postsecondary achievement and labor market outcomes. This legislation will address this issue by establishing a Pathways in Technology Early College High School Program for students who wish to participate in a work-based education program.

2017 - Other Workforce and Education Legislation

Additional legislation was passed to allow CTE teachers without baccalaureate degrees to teach in charter schools, to add flexibility for apprenticeship programs in school districts, and to add options for alternative programs for workforce development for at-risk students. In addition, a bill was passed that will require more Texas Workforce Commission information to be shared with high school students, including CTE partnerships with businesses and field-based learning opportunities for students.

A new law is in place that will restrict condominium unit owners’ associations in condominiums that have eight or more units from filing lawsuits or initiating arbitration proceedings to resolve a claim relating to the construction or design of a unit on behalf of all of the owners unless the owners’ association obtains an inspection and independent third-party report that identifies and describes the condition of the specific units or common elements that are subject to the claim and obtain approval from unit owners holding at least 50 percent of the total votes in the association at a special meeting in order to file a lawsuit or initiate arbitration proceedings.

The State of Texas can no longer hide behind sovereign immunity for breach of a written construction contract in disputes of $250,000 or more. For claims of $250,000 or more, state district court will be an option for resolution of the claim. For disputes under $250,000, the state office of administrative hearings, commonly known as SOAH, will be the venue.

Public schools in Texas now have curriculum flexibility in high school graduation requirements that, in part, will pave the way for career and technical education programs in schools to train and prepare students for various certifications in the different segments of the construction industry as well as in other Texas industries, professions and careers.

2013 – Exclusion of Certain Flow-Through Funds from the Franchise Tax

Specialty contractor payments related to real property improvements and remediation projects can now be excluded in determining the taxable entity’s total revenue for purposes of the franchise tax.

Under the revised rule, taxpayers may include as Cost of Goods Sold both direct labor costs and those indirect labor costs, other than service costs, that are subject to capitalization under Internal Revenue Code Sec. 263A and its regulations.

The enforceability of broad form indemnification and related additional insured endorsements for general construction work has now been limited by the legislature. While there are some exceptions in the bill for types of projects and certain types of indemnity agreements, the bill’s overall effect is to make unenforceable indemnification agreements that require a person to be responsible for another’s negligent acts. There is a similar restriction on additional insured endorsements on the indemnitor’s insurance policy. This legislation capped decades of work by the subcontracting industry in its repeated attempts at relief from indemnifications for negligence of others.

The first successful legislative inroads into this area of insurance provides that a general liability policy issued under a consolidated insurance program must provide a minimum of 3 years of completed operations coverage.

Many people believe that the mechanic’s lien on real property for amounts retained on a construction project is the most difficult one to perfect due to statutory perquisites, of which some are very difficult to achieve. The legislature saw fit to remove the harsh impediments in the law to give lien claimants a more reasonable path to placing a lien, while still maintaining the protections for property owners.

The legislature passed a bill that prescribes conditional and unconditional statutory lien waiver forms for construction payments. Additionally, in most all cases, a person cannot waive a right to a mechanic’s lien prior to receiving payment for work performed or materials supplied.

As a bill advanced this session, and finally passed, that establishes a process for governmental entities to contract with private entities to construct and operate a variety of facilities, TCA proposed an amendment that was accepted by the legislature to require performance and payment bonds to be in place before the start of any projects under the new law.

A measure limiting the use of broad form indemnity and additional insured clauses passed the Texas Senate 30 to 1, the House Committee 8-0, but died at the top of the Major State Calendar in the last days of the Legislative Session when a filibuster involving an unrelated issue prevented consideration of it and scores of other bills on the calendar.

Act was amended to provide that funds subject to the Act are not subject to seizure by a claim by a bankruptcy trustee for an upstream payor who files bankruptcy. The Act was also amended to overturn an appellate court decision that limited a claimant’s remedies for nonpayment on a public project to the payment bond. The language change included providing that the remedies under the TCTFA and other remedies are in addition to any remedy provided by a payment.

Because of the broad language contained in the Texas Fraudulent Lien Act, an innocent mistake or error expose the claimant to significant civil and criminal penalties. Many specialty contractors and suppliers were reluctant to file liens because of this exposure. The Act was amended to provide that a violation of the act involving a mechanic’s and materialman’s lien required the showing that the claimant filed the lien with an intent to defraud.

The Texas Senate passed legislation banning the use of broad form indemnification clauses and additional insured clauses in construction contracts. The measure failed to pass the House. This was the first time that this legislation had passed either chamber of the legislature.

TCA worked with the Governor's Task Force and the legislative sponsors of the legislation that made a major revision in the business franchise tax during a Called Session of the 79th Legislature. At the request of TCA, the sponsors included a provision that allowed the construction industry to deduct the costs of materials as well as their labor costs when calculating the new business tax, often called the Margins Tax. This one change will save contractors and suppliers an amount equal to 1% of their material costs each year that they would have otherwise paid in franchise taxes. If a contractor spends $1,000,000 per year in material costs, the savings in franchise taxes would total $10,000 for that year.

TCA, working with other groups, helped to prevent the imposition of an onerous payroll tax on construction companies as a method to finance the public schools.

TCA provided input on a bill that made significant and substantially changes to the workers’ compensation law.

A TCA supported measure passes that prohibits the assertion by any local governmental entity of a sovereign immunity defense in a construction contract dispute. This includes school districts, municipalities, community college districts and other special districts.

Bill passes that amends the public work prompt pay act. The bill provides a right to suspend work if the owner does not pay.